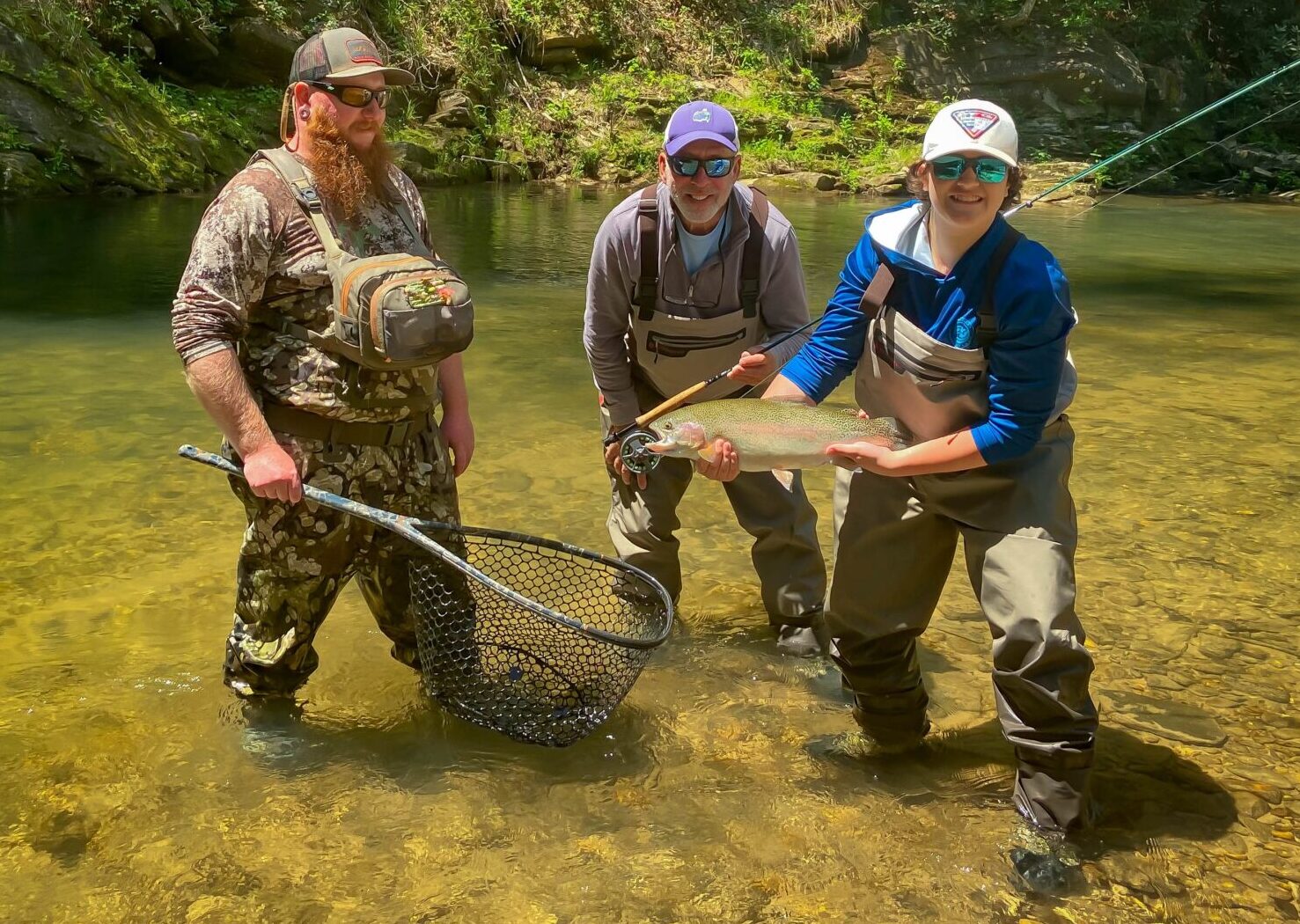 One of the things I like most about fishing is the friends we make along the way and the many experiences that last a lifetime. When we can combine that with sharing the passion and paying it forward, then the experience is even more rewarding.

I first met David Schulhofer 12 years ago when I took him and his grandfather, Bob Seeger (not the musician), fishing in December of 2010. Seeger and his wife, Judy, lived in the Village on Longboat Key until they moved in 2011 to Blue Ridge, Georgia, in the northeast Georgia mountains. That day, just two weeks short of his fourth birthday, David caught his first fish, a trout. Although the details were lost to me until I reread the article I wrote about it, they were burned into the memory of Seeger, or Bobo, as David calls him.

Seeger and I fish regularly when my wife, Chris, and I vacation in Sautee Nacoochee, about an hour’s drive southeast of Blue Ridge. For the past few years, Seeger has mentioned that David has become a passionate angler, and we made plans to take him trout fishing. COVID-19 derailed our plans for a few years but this past week we had the opportunity to make it happen. Through a series of unintended consequences (fortunate ones I might add), we booked a day at the Brigadoon Lodge on the Soque River near Sautee.

We met our guide, Zack Chapman, at 8:30 that morning at Brigadoon, one of the few destinations on the Soque I hadn’t fished. When I first got there and realized what a special place it was, I commented that I couldn’t believe that I hadn’t fished there in all the years I’d been in the area. On second thought, I was glad to discover and have a new special place to share with everyone. After quick introductions, Chapman set everyone up with waders and tackle and led us on a sinuous path along one of the prettiest sections of river I have ever experienced.

As Seeger and I watched and listened, Chapman took David to the edge of the river near a deep, clear run and explained the nuances of making an effective cast, how to create a drag-free float, and the best way to set the hook. I was impressed with the instruction, David’s attentiveness, and especially how quickly he put the new lessons into practice.

The morning light on the river was mesmerizing and, although the conditions seemed perfect, the fish were not responding to the flies that Chapman had David present. I know from experience that even waters rich in trout can prove challenging when they are not feeding. I watched as our guide constantly changed patterns to find one that might tempt the fish he knew lurked in the pools, runs and riffles we fished that morning. David was persistent and worked diligently, managing to hook one fish and catch one other during the morning session. Hoping that the afternoon might prove more productive, we stopped for lunch at the lodge before heading back to the river in the early afternoon.

That afternoon, the fish began to feed, and the persistence that David exhibited during the morning began to pay dividends. The excitement was infectious as beautiful rainbow trout from 16 to 24 inches were fought and netted in the upper section of the river above the lodge. By the time we stopped fishing that afternoon, Chapman had netted over a dozen large trout that David hooked, fought and landed. I was impressed with how he listened attentively to Chapman and how his casting improved. I commented to Seeger, jestfully but fully in earnest, that it wouldn’t be long before he was a better caster than I am.

The day was a treat for everyone and particularly for me. It brought back memories of all the mentors who had helped me over the years, starting with my dad, who took me fishing when I was 5 years old. I’ve written many times about the importance of taking kids fishing, but this day was special because I was able to reconnect with a young man who had caught his first fish on my boat over a decade earlier. Revisiting that day through Seeger’s eyes and seeing the passion that it had created in David only redoubled my desire to continue teaching.

To all of those who showed me the importance of paying it forward, and especially David, Bob and Dad, thank you.

How and Why to Release Fish Alive

Passing On The Passion for the Outdoors