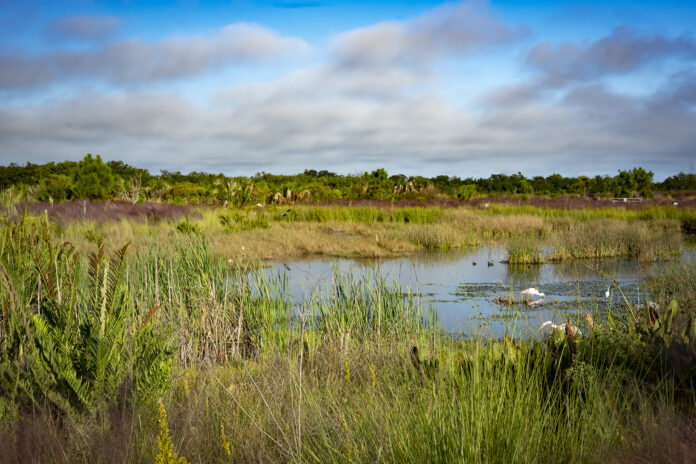 Perico Preserve, one of Manatee County's newest parks, was once slated for a housing development and shopping center.
- Rusty Chinnis | Sun

There’s less than a week until election day, and regular readers of this column can probably guess how this writer will be voting.

I’ve said it more than once, but this bears repeating. I don’t consider myself a Republican or a Democrat, I vote environment.

On Tuesday, Nov. 3rd, I will be casting my vote based on research I’ve done on how the candidates have voted in the past.

I consult the League of Conservation Voters, lcv.org, a non-partisan organization that scores politicians on their voting record on environmental issues.

It seems a no-brainer that we would vote for candidates who place a priority on the health and welfare of their constituents, not to mention the long-term health of the economy.

Unfortunately, a trick has been played on us. Politicians are quick to paint themselves as pro-environment and will promise to protect the planet. Anything to get the vote. Once elected, they all too often fall under the influence of the special interests that helped bankroll their campaigns.

Then it’s payback time, and legislative votes get cast and bills written that don’t represent the common good.

It doesn’t have to be this way if we do our homework, and it’s important that we do. Special interests are just that and often sway politicians to vote in ways that ultimately don’t even serve them. This has never been truer, from local politics to the national stage.

Consider this question on the ballot in Manatee County: The water quality protection and land conservation referendum, when approved, will authorize Manatee County to purchase natural areas and parklands to protect drinking water sources and water quality.

I was surprised when large signs appeared encouraging voters to reject this referendum. The reasoning? No new taxes, the only message the sign conveys.

Even more disturbing, but not a surprise given the politics of this election cycle, this was an initiative backed by the Republican Party as well as a prominent local developer.

While I have been quick to condemn Republicans in general, I was encouraged by the fact that some of the most ardent supporters of this referendum are Republican.

There are a lot of voters, from local politics to the national stage from both parties, who understand the importance of protecting the planet for future generations. This is not a new awareness but one that is increasingly relevant. Ralph Waldo Emerson, the 19th-century American essayist, lecturer, philosopher, and poet, may have said it best:
We do not inherit the Earth from our ancestors, we borrow it from our children.”

That’s why who we elect and what we vote for are so important. The only way for us to protect the natural places and the quality of our water and air is to cast a vote for the environment, our children, and future generations.

Like so many things in life, there really is no black and white. I worked as an island contractor for close to 35 years and saw the connection between the health of the local environment and the local economy.  A vote to protect the environment is a vote for strong local and national economies.

The group promoting the local referendum sums it up on their web site, voteforwaterandland.org, “WATER is Life … Nothing is more important than keeping our water clean and free of pollution. Purchasing and preserving natural areas to improve water quality is crucial to preserve the quality of life in Manatee County.”

This proposal will protect our drinking water sources, prevent polluted stormwater runoff from flowing into bays, rivers, and creeks, and provide natural floodwater storage. That’s good policy for the local communities and for the nation.

When you go to the polls or mail your ballot, make sure you’ve properly vetted the politicians you cast your vote for. We owe future generations the promise of a sustainable future, one that taxes us to take responsibility for fixing faulty infrastructure, protecting natural lands, transitioning to energy sources that protect water, air and biodiversity, both locally and nationally.

Think of it as enlightened self-interest.
 

Empowering the next generation

Focus on the fun of fishing

Hooking Up with the Fall Fish Frenzy