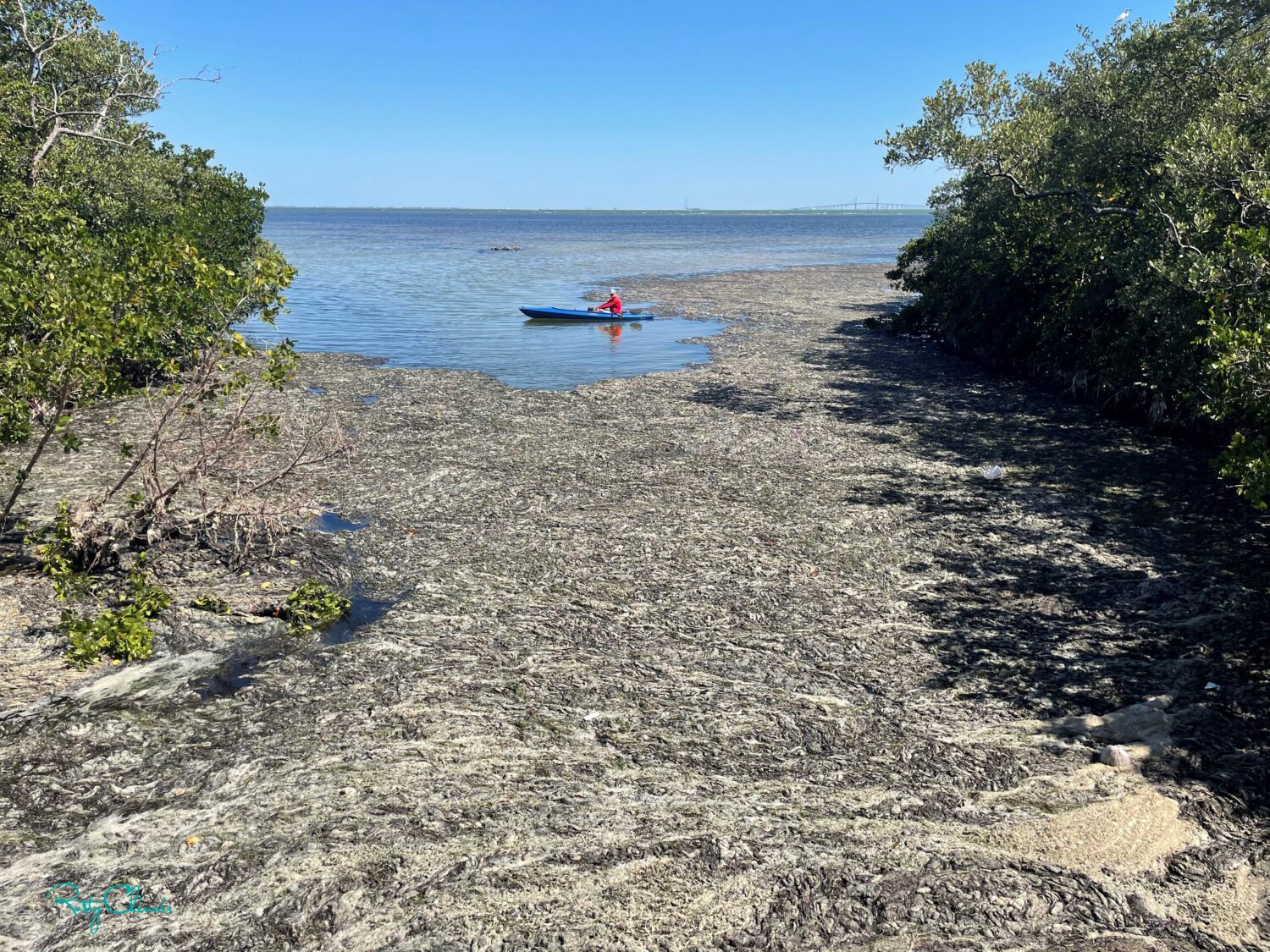 Hopefully, Suncoast Waterkeeper’s legal challenge and settlement with the City of Bradenton addressing the release of polluted water into the Manatee River will help prevent blooms like this one at Robinson Preserve in 2020. – Rusty Chinnis | Sun

Red tide. They’re probably two words nobody on or near Florida’s West Coast wants to hear, and I can understand why — sort of.

Someone who owns a resort hotel, has a restaurant on or near the beach or runs a business that takes people fishing or sightseeing depends on clean, healthy water for their livelihood. It’s easy for the average person to see that these businesses are harmed by red tide or even the mere mention of it.

What’s less obvious is that poor water quality affects everyone, from fishing guides to developers, Realtors and builders, even a plumber sweating pipes in Lakewood Ranch. Humans seem to focus only on the things that directly affect us in the present, finding it easier to “kick the can down the road.” I suggest looking your children and grandchildren in the eye and asking yourself, “What part am I taking in creating and protecting the world they will inherit?”

We just have to look back at the last five years for two haunting cases in point, starting with the harmful red tide algae bloom that devastated coastal waters from Naples to St. Petersburg and rendered Sarasota Bay a virtual wasteland. The result? In the last five years, Sarasota Bay lost most of the seagrass that had regrown in the past 20 years plus, if not more.

As if we needed another example, the disastrous release of over 200 million gallons of polluted process water from the legacy phosphate facility at Piney Point in late March 2021 led to the worst algae bloom in Upper Tampa Bay since the 1970s, killing thousands of tons of sea life.

Piney Point is the perfect example of kicking the can down the road and running out of road.

Resident anglers have seen firsthand the decrease in water quality and the resulting loss of habitat, including seagrass, and damage done to local fisheries. Unfortunately, anglers and others who recently moved here only see “the new normal.” Is it possible that we might consider what we’re leaving for future generations instead of how it affects self-interest in the here and now? This is not a new problem and I’m sure other people have been saying the same thing for years. But this is now and the time to act is slipping away.

If you want to see how the officials we elect represent us in enacting rules and regulations to protect our natural resources, consult the League of Conservation Voters.

The LCV is non-partisan and tracks the voting records of members of the Senate and Congress on environmental issues in its National Environmental Scorecard. This is a clear indication of how those tasked with representing our interests actually vote. Who we elect is critical to facing this problem. Politics is more divisive now than I can remember, but it’s critical that we elect politicians who represent our interests, not those with no vision who are concerned with causing division.

In the end, we all suffer the consequences. Vote, and consider joining and working with advocates like Suncoast Waterkeeper, Vote Water and Sarasota Bay Watch, groups working to educate the public, get them involved and hold politicians and municipalities accountable for their votes and action or inaction.

The time to act is the only time there ever is: right now. It won’t happen overnight, but it’s critical we begin.

Hooking Up with the Fall Fish Frenzy