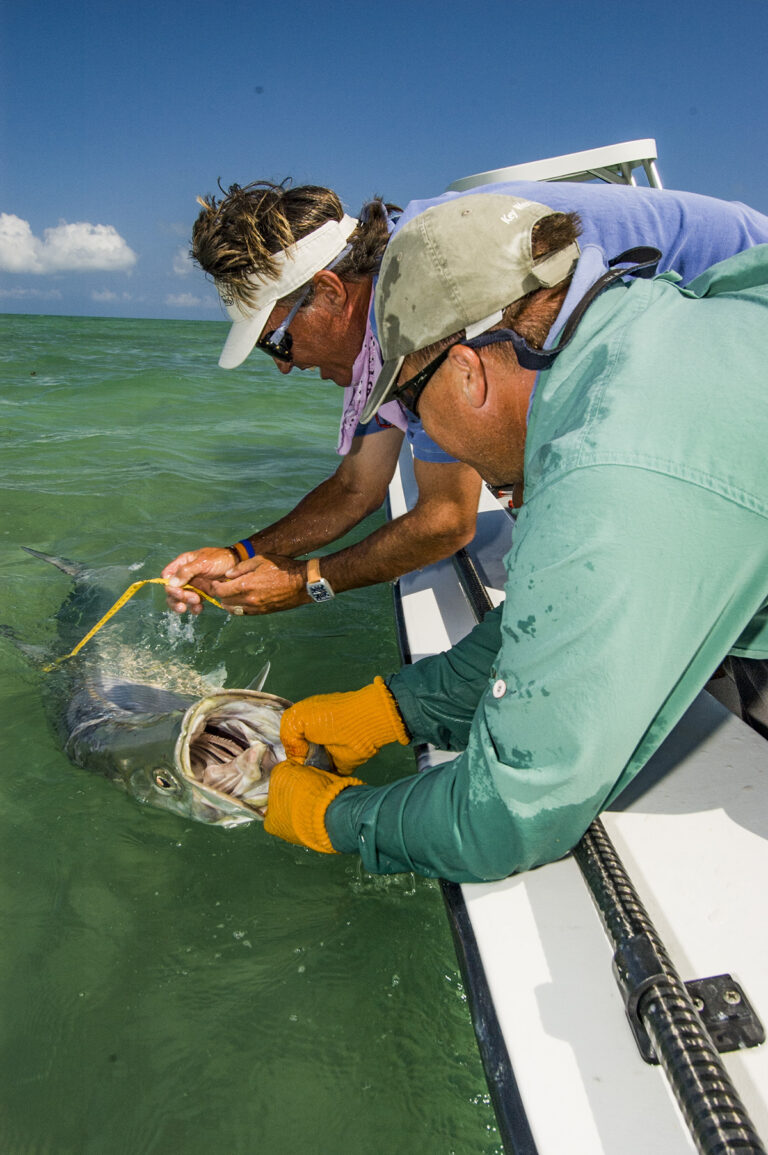 Catch and release used to be a topic that came up often in fishing circles. The idea was to educate anglers that fish populations are finite and not the bottomless resource that they were once thought to be. For a time it seemed the idea was relatively commonplace. Now a look at Instagram and Facebook posts might have you wondering  what happened.

Lately, a lot of posts with images of dead fish show the fish was caught more to impress others and get likes than to provide a meal. With increased angling pressure, shrinking populations and serious water-quality issues, proper catch-and-release methods are more important now than ever. Fish that aren’t headed to the dinner table should be given the best chance of living, reproducing and sustaining threatened populations.

When we get cut, bruised or break a leg, we can head for the local drug store, or, in more extreme cases, the emergency room. Not so for fish. For them, it’s heal or die, and in their world, it’s the sick and wounded that first fall prey to predators. What a shame to do the right thing, releasing a big, speckled trout full of roe, only to have it eaten by a shark, barracuda or other predator because it wasn’t handled properly.

Fishermen have been criticized because catch-and-release fishing is seen by some as playing with the fish. But the fact is that anglers, unlike hunters, can pursue their passion and release their prey.

There are many species, tarpon notable among them, that anglers seldom, if ever, kill.

Most anglers I know who practice catch and release have no problem with killing fish occasionally to take home for dinner. Responsible anglers and hunters are often on the front lines of protecting the habitat and welfare of fish and animals. They believe it’s more about enjoying the sport while trying to proactively help it to remain healthy and viable.

Catch and release is not just about releasing fish that you don’t want; it’s also about properly releasing undersized fish or species that aren’t valued at the table. Catch and release in any form is a wise use of the resource. But, unfortunately, many anglers don’t know how to properly handle fish. Here are a few tips.

First, make sure you match the tackle to the species you’re fishing for. Trying to land a big tarpon on 20-pound tackle might be OK if you’re experienced, but to the uninitiated it’s like announcing a free meal to sharks. Enjoy the action, but land the fish as quickly as possible.

Once you have the fish subdued, if possible, never take it out of the water.

If you’ve been fighting it for a long time (think tarpon) make sure you revive it sufficiently. If you can reach the water over the gunwale, slowly move the boat forward while holding the fish. This forces oxygen-rich water through their gills. They’ll let you know when they’re ready to go.

The hook is probably the next most important consideration. A barbless hook is best for fish and anglers alike. The key to keeping fish on a barbless hook is to keep the line tight. The other important factor you should consider is the dangerous consequences of hooking yourself. A barbless hook is far easier to remove from a finger or an ear. Another option is a circle hook that helps prevent “gut” hooking fish.

A de-hooker is a tool that anglers should always have at hand. It keeps your hands clean and prevents you from inadvertently harming the fish. Fish have a viscous coating that covers their scales and skin and acts as a defense against the invasion of bacterial, parasitic and fungal pathogens. De-hookers allow you to work on the fish without disturbing this protective layer. They come in various shapes, depending on how they’re used. The simplest is J-shaped and removes hooks in or near the jaw. A circular-shaped, longer version allows anglers to remove hooks that are deep in the throat of a fish.

Anglers who fish for reef fish such as snapper and grouper need to learn how to “vent” fish. Reeling fish from deep water inflates their swim bladders. Unless this bladder is punctured, the fish is unable to swim back to the bottom. Search YouTube for the Florida Sea Grant video that explains the venting procedure.

Taking the time and having the tools and knowledge to release fish correctly is one way to help ensure we have a healthy population of fish now and into the future.

Let’s bring catch and release back as a topic of conversation.

Passing On The Passion for the Outdoors

The unfolding tragedy of Piney Point