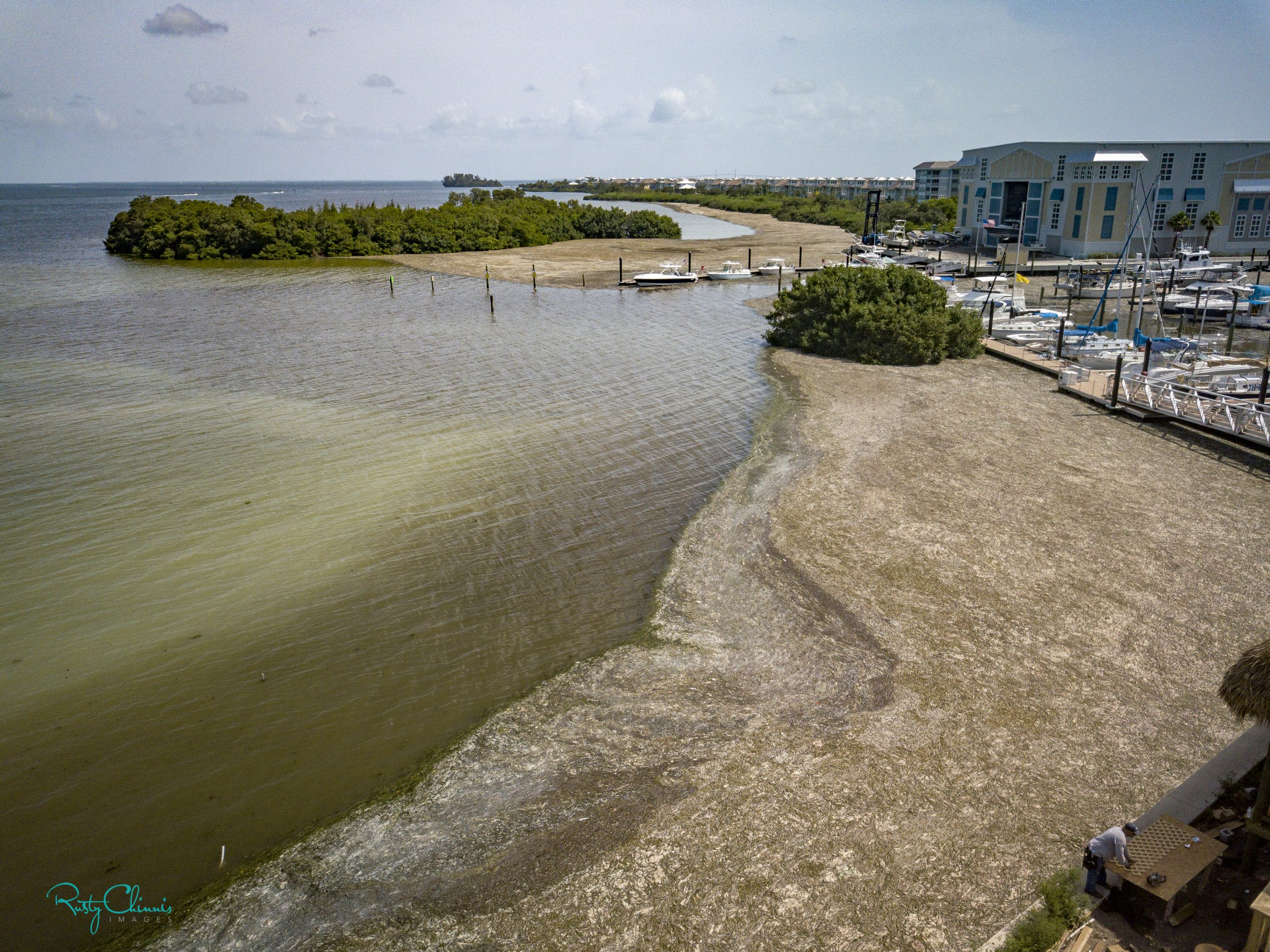 Have you ever driven down the Gulf beach and seen flags flying on the lifeguard stands? We’ve worked out a system to alert people who use the local beaches of potential hazards. A green flag signifies that all is well, whereas a double red or purple flag alerts people that the water is not safe to swim in.

Unfortunately, there’s no such system to alert people of dangers in our bays. If there were, purple flags would be flying! In just the last two months there’s been a multi-thousand-gallon sewage spill in Manatee County, a potentially multi-million-gallon discharge from a broken sewer line from Longboat Key to the mainland and a persistent lyngbya bloom (a potentially toxic algae) that is becoming explosive in Anna Maria Sound and surrounding waters.

Worst of all, these are just the major insults that are but a part of the larger problem. I’m concerned about these issues because I am a fisherman and have seen the effects of declining water quality on fishing. Sure, water quality is a concern for everyone who lives here, fishes here or visits here. What’s less well understood is the fact that the quality of local waters is directly related to the economic health of the region.

What seems to be missing is an understanding of what we’re leaving for our children and grandchildren, as well as future generations that will follow. While this has been a theme of my columns, it really hit home when I received this letter from 12-year-old Brice Claypoole:

Who wants to swim in sewage water?

This week we had a sewage leak into Sarasota Bay. Millions of gallons of sewage water leaked out of a pipe going from Longboat Key to the mainland. This isn’t the first time a sewage spill like this has happened and if we don’t change things, it won’t be the last.

So why is this such a big deal? Well, for starters, who wants to swim in sewage water? Personally, I don’t. But that’s not the only reason this is so concerning. The nutrients from sewage spills can fuel harmful algal blooms, like red tide. In 2017 and 2018, hundreds of marine animals died and millions of dollars were lost in areas like tourism and fishing because of red tide. So, the problem is that millions of gallons of sewage is a lot of red tide and bacteria fuel.

Being a kid, I have another reason to be concerned: I love this island and I love the bay. They’re my home. In 40 years, I want to be able to take my kids out into the bay and have dolphins jump by and find giant whelks and watch roseate spoonbills on mangrove islands. There’s nothing we can do about this sewage spill now. All we can do is hope nothing happens, but I fear this will not be the case; I fear fish will die and people in the area will not be able to swim for a while. We can and must stop sewage spills from happening in the future. More spills will certainly happen if we do nothing.

The pipe that leaked was 50 years old; it should have been replaced years ago, before this happened. We need to tell town and state officials that we want old pipes upgraded. We need to tell them that we are upset about this and disappointed that they did not take steps to stop this from happening. And those of you who can vote need to vote for people that will protect our environment. We need to do all these things to protect our amazing bay and all its beautiful inhabitants (spoonbills, dolphins, herons and more) forever.

The Madison Valley and Yellowstone